Meet the first lineup of Nobel Peace Laureates, Religious Leaders, Global Thinkers, and interfaith activists who are saying yes to reclaiming the heart of our humanity at the 2015 Parliament!

To join 10,000 people from 80 nations and 50 faith traditions gathering in October for the world’s largest interfaith experience visit early bird registration and score discounts of 40 percent or more.

2015 Parliament Speakers Reclaiming the Heart of Our Humanity Bring Global Wisdom and Practice to 3 Critical Issues:

Nobel Peace Laureates including Costa Rica’s two-time President, the Spiritual Leader of Tibetan Buddhism, and a mother who helped put an end to sectarian violence in a war-torn Northern Ireland;
A Lakota nation tribal leader who is a global defender of sacred sites;
The United States Ambassador-at-Large for International Religious Freedom;
Top religious scholars, writers, speakers and activists achieving compassion, peace, justice and sustainability;
News media icons pointing global attention to issues like racial and interreligious relations, income equality, immigration, and the human rights and dignity of women, children, and all oppessed peoples.
Religious and spiritual luminaries strengthening the interfaith movement for our future
Save 40% or more on Early Bird Registration through March 31

His Holiness the 14th Dalai Lama, Tenzin Gyatso, is the spiritual leader of Tibetan Buddhism and was awarded the Nobel Peace Prize in 1989. The Dalai Lama travels the world advocating for the welfare of Tibetans, teaching Tibetan Buddhism and the role of compassion as the basis of a happy life. His Holiness promotes activism for the environment, just economics, women’s rights, non-violence, interfaith dialogue, physics, astronomy, reproductive health and sexuality.

Dr. Karen Armstrong is a British author and commentator, as well as a former Roman Catholic nun. Leaving the convent in 1969, she pursued an understanding of major religions and their common understandings of compassion and the Golden Rule. A History of God: The 4,000-Year Quest of Judaism, Christianity and Islam was published in 1993, followed by a series of books exploring major religions, compassion and the history of sectarian violence. In 2008, Armstrong was awarded the Ted Prize to launch the Charter for Compassion, a global campaign to activate compassion at the center of our lives and social institutions through collaborative partnerships worldwide.

Dr. Tariq Ramadan, an advisor to the European Union, is a professor of Contemporary Islamic Studies at Oxford University, teaches at the Oxford Faculty of Theology, and is the founder and president of the European Muslim Network. Ramadan earned a doctorate from the University of Geneva in Arabic and Islamic Studies. He established the Mouvement des Musulmans Suisses (Movement of Swiss Muslims) which engages in various interfaith seminars.

Mairead Maguire is a Nobel Peace Laureate distinguished for decades of peace activism beginning in her native Northern Ireland. A witness to ethnic conflict and political turmoil in Northern Ireland during the late 1970s, she has spent her life dedicated to mobilizing peace movements in Northern Ireland and around the globe. She and fellow Nobel laureate Betty Williams co-founded Peace People, an organization devoted to nonviolence, peace and justice.

Rev. Jim Wallis is the founder and editor of Sojourners magazine. An evangelical Christian, Wallis advocates through writing and mobilizing on issues of peace, economic equality and social justice. He preaches biblical values regarding family, sexual integrity, personal responsibility, poverty and racial justice to the full spectrum of political viewpoints.

Oscar Arias Sanchez, President of Costa Rica from 1986 to 1990 and from 2006 to 2010, received the Nobel Peace Prize in 1987. In the 1970s and 1980s, civil wars and pro-communist revolutions in Central America threatened to isolate the region. Arias was instrumental in negotiating accords that brought peace within and among the nations. He continues to promote cooperation among Central American countries, and to expand the relationship of the region with nations around the world.

Dr. Eboo Patel is a Gujurati-American Muslim, and holds a doctorate in the sociology of religion from Oxford University on a Rhodes scholarship. While going to school, Patel noticed that conversations around multiculturalism and multiple identities did not involve religious identity. He felt that diversity, service, and faith were important parts of civic life but found no community organization that touched on all three, specifically one that worked with young people. He established interfaith youth projects in India, Sri Lanka and South Africa. In 2002, he founded the Interfaith Youth Core in Chicago, where he currently serves as Executive Director. Patel is a member of President Barack Obama’s Inaugural Advisory Council on Faith-based Neighborhood Partnerships.

Dr. Vandana Shiva is an esteemed Hindu author and environmental justice activist. Based in Delhi, India, Shiva often lectures on environmental issues such as agricultural and fair trade practices. She has authored 30 books on these topics, and is a fierce advocate of eco-feminist philosophies and principles.

Rabbi David Saperstein is the United States Ambassador At-Large for International Religious Freedom and the first non-Christian to hold the post. A Jewish attorney, Saperstein has served as director and chief legal counsel at the Union for Reform Judaism’s Religious Action Center for more than 30 years.

Michael Bernard Beckwith is a New Thought minister and founder of the Agape International Spiritual Center, a transdenominational community dedicated to living out values of service and outreach with marginalized populations. Beckwith’s work through the Agape community reaches millions in promotion of interfaith harmony, environmental activism and spiritual-centeredness. Meditation and affirmative prayer are at the heart of Beckwith’s brand of seminars, writings and media.

Chief Arvol Lookinghorse is the 19th Generation Keeper of the Sacred White Buffalo Calf Pipe, widely recognized as a chief and spiritual leader of all three branches of the Sioux tribe. Chief Arvol Lookinghorse has dedicated himself to advocating for preservation and revival of Lakota traditions, beliefs and practices. Chief Looking Horse’s prayers have opened numerous sessions of the United Nations and his many awards include the Juliet Hollister Award from the Temple of Understanding, a Non-Governmental Organization with Consultation Status with the United Nations Economic and Social Council. He lives on the Cheyenne River Reservation in South Dakota. He continues to lecture on protecting religious practices and beliefs globally.

Dr. Arun Gandhi is founder of the M.K. Center for Nonviolence and Chairs the Gandhi Worldwide Education Institute. As a journalist, author, humanitarian and activist, Arun Gandhi has championed the legacy of his grandfather, Mohandas K. Gandhi, through sharing the philosophies of love, respect and nonviolence as the underpinnings of a moral and just civilization. With his son, Tushar Gandhi, Arun leads The Gandhi Legacy Tour, sharing the stories of his life in South Africa, India and around the world as he journeys toward peace and harmony. In 2013, Gandhi was elected the Board of Trustees of the Parliament of the World’s Religions.

Terry Tempest Williams is an author, conservationist and activist. Much of her writing is influenced by her native Utah and Mormon culture, braching into issues of ecology and wilderness preservation, women’s health, as well as the human relationship to culture and nature. She has authored several books, including Refuge: An Unnatural History of Family and Place, An Unspoken Hunger, Stories from the Field, and more. Williams is the Annie Clark Tanner Scholar in Environmental Humanities at the University of Utah, a columnist for The Progressive, and an instructor at Dartmouth College.

Please stay connected to the Parliament for upcoming news on speakers, program presenters and opportunities to attend the 2015 Parliament of the World’s Religions!

Remember to register by March 31 and save up to 40 percent to attend the 2015 Parliament here. 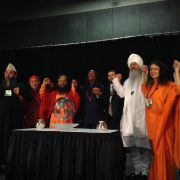 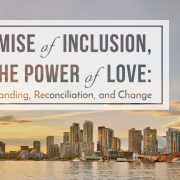 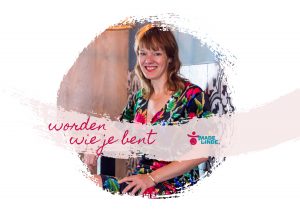 Schrijf u in voor onze nieuwsbrief